5 Powerful Historical Quotes That Inspire Me 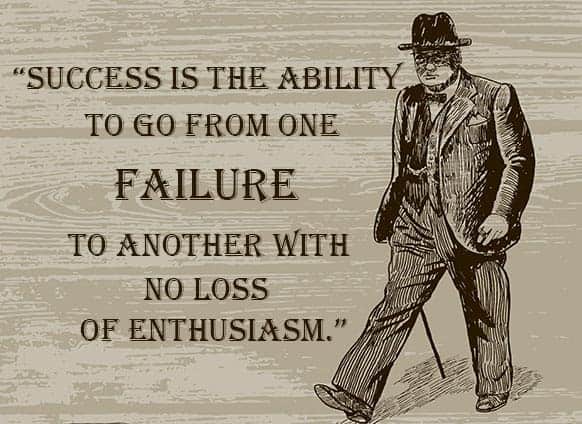 If you’ve heard me speak or have been reading my blog for any amount of time, you probably know by now that I’m a great admirer of Sir Winston Churchill. His tenacity, fighting spirit and unparalleled work ethic essentially saved Western civilization when the odds were against him. If you have the chance to really study him, I highly suggest it because he was a fascinating man.

In life it’s so important we have a place or person to draw inspiration from. We need to keep that source close to us, especially when things seem so chaotic and, frankly, people aren’t always all that nice to one another. I have several Churchill quotes I keep with me all the time and pull out on days when I need a little extra motivation. These quotes are very special to me and, as I look around the world right now, I feel like this is a perfect time to share them with you.

1. “The further backward you can look the further forward you are likely to see.”

Understanding history is imperative to shaping our future. If you forget your history, you’re destined to repeat it. People sometimes act like the issues we have now are new. Although they might seem new because we can watch them happen in real time and on a much larger scale (thanks to technology), but they aren’t new. They’ve always been around. We just never learned how to correctly deal with them.

So, as Churchill said, you do need to look backward. Really study our shared history. Study your personal history. Learn everything you can about where we came from so you can fully see where you want to go and how you’re going to get there.

2. “Courage is rightly esteemed, the first of human qualities because it has been said it is the quality that guarantees all others.”

Life is scary. Succeeding and winning requires taking risks. You have to make tough calls. You have to make risky decisions. Then you have to move forward and hope it all works out. Being courageous doesn’t mean doing all of this in the absence of fear. It means being courageous even in the presence of fear. Do you really think Sir Winston Churchill wasn’t scared while making the tough decisions required during World War II, knowing that the future of the free world was on his shoulders?

If you want to succeed, you’ve got to be courageous enough to make the tough calls and keep moving forward even when you aren’t sure you have the strength to face what is in front of you. Courage is hard but it’s the most important quality you can build.

3. “Success is the ability to go from one failure to another with no loss of enthusiasm.”

Churchill’s life was full of defeats, failures and bad decisions. In his autobiography, he refers to the 1930s, when things were going really wrong, as the Wilderness Years. During that time he was considered powerless, an old relic from another time. During World War II, he would lead Western civilization to victory against Nazi rule. He didn’t let failures and setbacks keep him down.

You’re going to fail. That’s just part of life. If you spend too much time worrying about what went wrong or what should’ve happened, you won’t ever get past the failures in order to get to the good stuff. You can’t do anything about what has already happened. That’s done. If you’ve made a bad decision and failed, you’ve got to own it and move forward. That’s what successful people do.

4. “Continuous effort, not strength or intelligence, is the key to unlocking our potential.”

Churchill was a hard worker. He was focused and intense. He had a box on his desk that said “Action This Day.” It was a box for all the items he had to complete that day and he would stay at his desk until they were all completed, even if it meant staying until 2 a.m.

If success were easy, everybody would be successful. It requires paying a price and working like crazy. As I like to say in my speeches, “I will do today what others don’t so I’ll have tomorrow to do what others won’t.” You can be the smartest man or woman in the world, but if you don’t put in the work you won’t achieve success. It’s just that simple.

5. “Success is not final. Failure is not fatal. It is the courage to continue that counts.”

This is one of my favorite Churchill quotes. It’s from a speech he gave in 1945 to his supporters after he had already led the Allies to victory in World War II, but was defeated for Prime Minister re-election by his former deputy, Clement Attlee. But Churchill didn’t give up, and within five years he was elected Prime Minister again. No matter what life threw at him, Churchill never accepted defeat. He always had the courage to continue.

Success isn’t a guarantee of lasting success. There is always someone waiting and willing to work just a little bit harder. But failure won’t kill you unless you let it. Courage is the most important quality you can possess if you want to achieve your biggest dreams. Success isn’t for the weak of heart. You’re going to have to be brave and tough and courageous even when it’s hard—especially when it’s hard.

I hope these quotes are as inspirational and motivational for you as they have been for me throughout the years. I hope you will add them to the inspirational sources you keep close. All of us, even the strongest, most positive, motivated people out there still need a little push. Having a strong place to draw inspiration is the best resource we have to fulfill our dreams.

Subscribe and receive all of John’s tips right in your inbox.