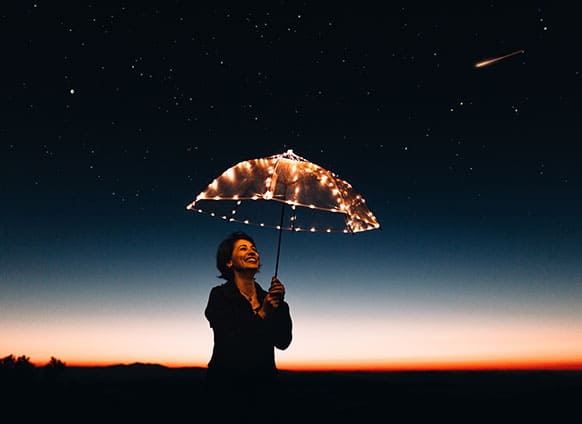 Life offers us plenty of opportunities to practice resilience.

If you were in Texas or Florida over the summer and everything you’ve ever owned has been destroyed, you’re dealing with a serious problem. If you’re on the front lines of a battlefield or facing terminal cancer, you’re in a crisis. I’m not going to be trite and tell you how to handle those personal challenges.

But that’s not the kind of resilience most of us have to muster up on a daily basis. For most of us, life’s challenges are smaller, but still demanding. Maybe your budget is out of balance and your finances are rocky, or business is bad. Maybe you have a tough relationship with your in-laws or your team members. Maybe you tried that new business venture and failed to get any new clients out of the gate.

If you want to develop your natural resilience—because we all have it—I’ve found honing these traits brings out your best in times of trouble.

One of the most important things to have in life is a sense of perspective. When we were wrestling with an IPO and trying to fight for the financial well-being of hundreds of thousands of people, let me tell you, the pressure was on. I could have taken all of that on personally, and there were certainly times when I felt like, Oh my God, the weight of the world is on me. But then I’d ask myself, What’s the worst thing they can do? The answer was they could fire me. They could tell me to go home. They could say, “Pack up your crap and get out of here.” That’s it. And that’s not world-ending. For 90-plus percent of the challenges you’re dealing with, it’s important to keep your perspective. When you step back and see how big of a deal your challenge really is or isn’t, that new perspective gives you the courage to go forward and to deal with what’s next.

2. Be realistic about where you are.

I’ve seen a lot of people dealing with tough business situations spend all their time lying to themselves and trying to convince everybody that things are here when they’re really over there. Wherever you are in life, it’s important to know where the ball is. Are you saying it’s in the middle of the fairway when it’s in the rough? You can’t create a strategy to deal with a situation if you’re not willing to be realistic and face it. Once you’ve faced the full picture, you have the ability to think clearly about how to move forward and get other people’s help in the process.

Stop blaming everybody and everything else for the situation. Don’t spend your time arguing and debating about what happened and why, and who started what and when. Too often, a business challenge looks like the scene of a train wreck where there’s four people actually trying to save passengers and everybody else is standing to the side of the road trying to figure out who to blame. Instead, figure out what’s next and take responsibility for the part you can change. There’s a time and place for stepping back and asking how to avoid doing this again. But in the middle of a challenge, you need to focus on what you can control and the next steps. What do you need to do to make things better now?

You need to get good at laughing at yourself because everybody else already is. Cultivate the ability to loosen things up. I’m not talking about being disrespectful when something upsetting happens. But we all know people who act like everything in their life is a huge, dramatic, God-awful thing. Instead, laugh at life and move forward. It’s very important to have a short memory. Don’t be one of those people who, when somebody does something that makes things go wrong for them, for the rest of their life they nurture a grudge. Lighten up, loosen up, and let’s go win.

Life is a challenge. It’s tough. Winning and succeeding are not easy. Nothing comes easy. You’ve got to have courage to get up and go every day. You’ve got to have a little bit of backbone in the face of criticism or failure. Realize that everything isn’t going to be sunshine and lollipops. Life isn’t fair. If you’re looking for fair, they have them in the fall and they sell cotton candy at them. But life is also full of ways to win. When life challenges you, have the courage to accept what’s happened and move to a better place.

Related: Why You Should Keep Pushing Through Your Setbacks